This site uses cookies. By continuing to browse the site, you are agreeing to our use of cookies. Find out more

All language courses take place online since 01.12.2020! The office is still open.

Learning a new language also means learning about a different culture and way of life. That's why we organise a wide range of activities to allow you to obtain deeper insight into the German way of life and give you a chance to get to know Munich and the surrounding countryside. All German intensive courses (intensive, super-intensive, summer intensive) are complemented by an interesting and extensive leisure programme consisting of 3 activities per week during the summer courses, with excursions to Chiemsee, Salzburg, Dachau, historical castles and more. Included are trips to museums, beer gardens, films, theatre and exhibitions, sports activities, cycling and city tours (transportation and entrance fees not included).

The castle on the Men’s Island (Herrenchiemsee) is one of the biggest tourist attractions in Upper Bavaria.
Chiemsee

The city of Salzburg - and especially its historic city centre - is in fact one of the loveliest places in Europe, winning international acclaim in 1997 when it was designated a World Heritage site by UNESCO.
Salzburg

«Dachau - the significance of this name will never be erased from German history. It stands for all concentration camps which the Nazis established in their territory» (Eugen Kogon).
Dachau

The tradition has spread all over Germany, but only Munich gives you the genuine article: the original "Biergarten". In  times past, when brewers were desperate to keep their beer cool during the summer, they stored their barrels in cellars and planted chestnut trees above them, so that their wide branches and large leaves kept the place cool and shady. King Ludwig I granted the brewers the right to sell their beer on the spot - but not food. Since then, the people of Munich have flocked to these gardens to drink fresh beer straight from the barrel, bringing along their own food. Among the best-known and most aesthetically pleasing of Munich's beer halls is the Hofbräuhaus, famous as much for its beer as for its very typical Bavarian atmosphere.
Beer Gardens

Office hours (during the lockdown) 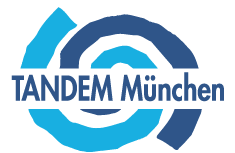